Guimarães | Map of the City

Guimarães is located in the District of Braga, in the North of Portugal. Its population is of circa 52,000 inhabitants living in an area of circa 243.000 Km2. Human presence is documented ever since pre-historical times and significant settlements dating from the Iron Age are well preserved and can be visited as archaeological sites.

The early Middle Ages were an important period: ca. 950 Mumadona Dias, a local noblewoman, established in her will the foundation of a monastery; for the purpose, she donated substantial land property to the monastery, stretching from Galiza (North) to Beiras (South), on the border of Muslim territory. That monastery then became one of the main reasons for the development of the medieval “Vimaranes”, side by side with the castle, located up-hill. In the following century, Vimaranes was to become the main town and administrative centre of the Condado Portucalense, i.e. the feudal lands between the Lima and Ave rivers under the rule of the Kings of León (Spain).

According to the local tradition the first king of Portugal (Afonso Henriques) was born and baptised in Vimaranes, in the early years of the 12th century, although there is no indisputable evidence of this. Nonetheless, in 1128 he fought and won the battle of S. Mamede, in a field nearby the town the battle being commonly referred as the beginning of his ruling. However, the independence of the new kingdom was only recognised by his cousin (the Emperor of Léon Y Castilla) in 1143, and by the Pope in 1179.

The administrative role of Guimarães decreased with the Reconquista progressing into the south and the Portuguese Kings leading a war far away from the original lands of the Condado. Meanwhile, the monastery of Guimaraẽs became a Colegiada and grew in importance and prestige, due to the grants and gifts received from kings and noble families.
The city also grew under the protection of the castle, which was partially reconstructed in the 13th century. City walls were built for the protection of the inhabitants and of their crafts and trade houses.

Until the 15th century the number of streets and houses inside the walls kept growing and a significant part of the urban plan has remained nearly unchanged ever since. The arrival of new religious orders (Franciscans and Dominicans) in town is contemporary of the establishment of a new urban organisation, asthe city was expanding outside the walls and occupying a vast area.
By the late 18th century, beginning of the 19th century the medieval walls had lost their purpose and were demolished, the stones being then used in other constructions. Only parts of the walls remained in place, but these are still visible and can be visited today.

In the first half of the 20th century Guimarães became an industrial town, located in one of the most industrialised areas of the country. The decadence of the textile industry, late in the 20th century, established new economic patterns to the city.
The University of Minho, founded in 1973 brought a new impulse to the city, regenerating its population and raising new standars of growing sich as innovation, quality, welfare and culture.

Monuments and points of interest

The original castle dated from the 10th century, but the one you can visit today is the result of significant reconstruction and adaptation dating from the 13th century and contemporaneous interventions.

This is s Romanesque chapel, built in the 12th century. Local traditions place the baptism of King Afonso Henriques (the first king of Portugal) there. The floor of the chapel is covered with large burial stones over the graves of knights who fought for nationhood with the kings.

The palace was built during the 15th century. Its architecture follows patterns that were by then common in the great manor houses and palaces of northern Europe.
By the mid-20th century, after a period of decay the monument was reconstructed and has been used as a museum ever since. Items on display are dated from the 15th to the 19th centuries, mainly from the Discoveries period. The collections of arms are remarkable, and the furniture collection is also outstanding.
Part of the building is not open to visit, as it is reserved as official residence of the President of the Republic, in his/her local visits

The original church was a Romanesque building, attached to the monastery founded by Mumadona Dias in the 10th century. Afterwards, a pre-Gothic church was erected, on the original building, but some parts of the Romanesque temple still remain visible from the cloister.
The main part of the actual structure dates from the 14th century. The remarkable window in the façade was offered by King John I, fulfilling a promise he had made before the battle of Aljubarrota. The Gothic style of this window makes a strong contrast with the granite walls that evoke the Romanesque period.

Between the Praça da Oliveira and the Praça de Santiago the old town council chambers, dating from the 14th century, are also a marker of the medieval origin and Guimarães. The building was once used as public library.
Departing from the praça, right in front of the church, the Rua de Santa Maria connects the religious centre of Guimaraẽs (where the monastery was) with the upper part of the town, where the castle is.
Because this is a preserved area, strolling around these medieval central buildings and walking along the narrow but beautiful streets of the old town is a journey to the Middle Ages.

The main site dates from the Iron Age, the so-called “Castro culture”, a civilization of Celtic people who inhabited the North-eastern part of the Portuguese territory, from the Bronze Age to the Roman conquest.
Some of these “cities” were “romanized” after the conquest of the Peninsula, and the circular houses (which were the original ones) were replaced by square constructions (of the Roman type). Most of the archaeological remains from Briteiros are on display at the Martins Sarmento Society Museum, in Guimarães. 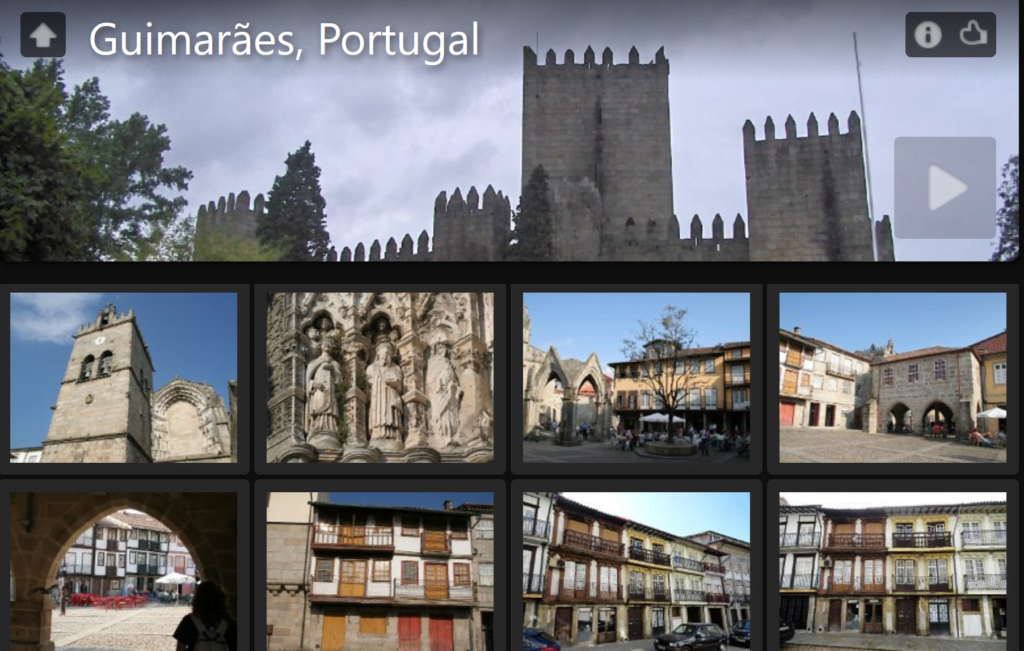 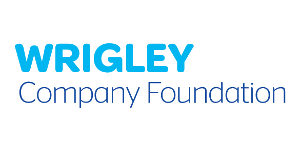