Vegetarianism – A lifestyle that can help our future

The America Diet has spread in the last decades and put at stake both our health and the Earth's sustainability. Over the last few years, however, even more people are caring about their health and are aware of the planet´s sustainability so that the next generation’s future is assured. Therefore, the number of vegetarian people has been increasing all over the world. Meanwhile, this lifestyle had already been adopted by some scientists, like Albert Einstein. 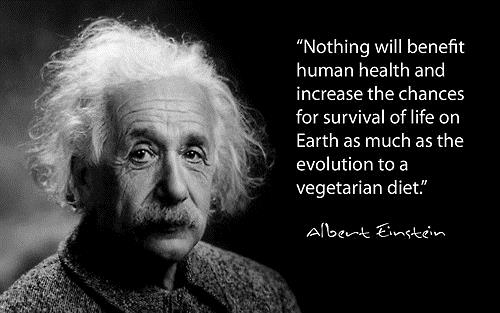 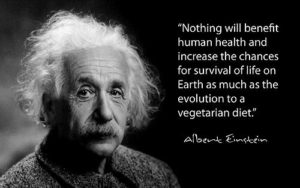 So what is vegetarianism? Vegetarianism is a type of diet that is based on vegetable food, excludes meat, fish and, in certain types of vegetarianism, like vegan, it excludes all the products derived from animals.

Vegetarianism has a lot of benefits in contrast to the American Diet, not only for humans but also for our home, the Earth. Some of them are the prevention of diseases like cancer, diabetes and heart attacks; the osteoporosis is reduced, because people lose less calcium from the urine that those who consume meat; from the ethical point of view, vegetarianism is better, as it is against the animal killing and we don’t have a good argument to do it; more varied food and it looks for new natural products instead of the traditional meat; better intestinal functions due to higher fiber intake and help the Earth’s sustainability.

And how does this happen?

In the USA, a family emits more greenhouse gases by eating meat than by driving a car according to BBC, so, if we ate more like vegetarianism defends, we would release less greenhouse gases into the atmosphere.

Marco Springmann, an expert interested in policy analysis and questions related to sustainability, said and proved that just by eliminating red meat from our diets the emissions of polluting gases would reduce 60% and if we eliminate all the meat and start doing the vegetarian diet, those gases would reduce to 70% which is even better.

Springmann also said that, if we all adopted the vegetarian diet, the world’s mortality would be reduced 6% to 10% which is quite good.

According to National Geographic, a plant-based diet consumes 60% less water than a meat diet, so, per year, if we all adopted the vegetarian diet, it would be saved about 1 million liters of water.

In addition, a study from the University of Oxford showed that people who include meat in their diet are responsible for twice more gases than vegetarians daily. 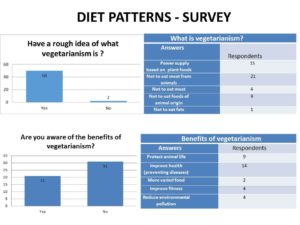 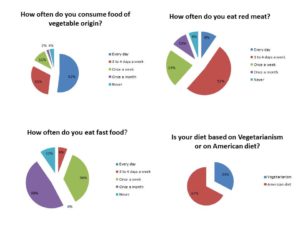 To improve our health and our future, people should cease to be based on the American Diet.

American Diet is a type of diet that is based on red meat/package food, junk food and many carbohydrates. Just few fruit, fish and vegetables are consumed.

The main disadvantages of this type of diet are that most of the time the food is devoid of the basic nutrients to the proper functioning of the body; much fat and sugar in the food; increase of the obesity and diabetes and even malnutrition; the production of meat emits greenhouses gases to the atmosphere

The conclusion that we can take with this experiment is that vegetarianism helps more the Earth´s sustainability than the American diet.

According to the French Environmental and Energy Management Agency (ADEME), diets based on vegetarianism produce 49.6% fewer greenhouse gas emissions, need 26.9% less energy for food production and have a 41.5% smaller environmental footprint compared to diets that include or are based on meat.

80% of all the agricultural land in USA is used to raise animals. According to the United Nations 30% of the Earth´s land mass are used to feed animals like land used for grazing as well as land used to grow feed corps. The United Nation also concluded that raising animals for food generates more greenhouse gases that all the cars and trucks combined which should worry all Earth´s inhabitants.

According to the organization People for the Ethical Treatment of Animals, raising animals for food damages seriously the Earth due to soil erosion, overuse of Earth´s resources and air and water pollution while vegetarianism is better as it avoids excessive CO2 production, reduces methane production, saves large amounts of water, avoids further pollution of our rives and oceans and reduces the destruction of the soil, tropical rainforest, wildlife animals and endangered species and also reduces the use of antibiotics and chemicals.

That´s why vegetarianism helps more the Earth´s sustainability than the American Diet and fortunately according to the independent research firm Harris interactive vegetarian youth in USA has increased over 70% in this last years, which shows that people are been more informed at school and at home in terms of protecting our Earth turning it more sustainable.