The Zzz of the Future

Founded in 1988, Lousamel is a national co-op that emerged from the need of developing an institution that would bring beekeepers together, in order to expand and improve honey production in Portugal. 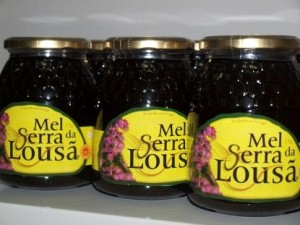 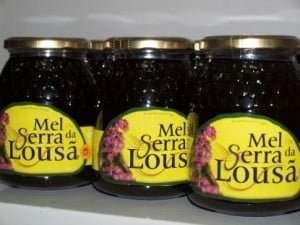 Founded in 1988, Lousamel is a national co-op that emerged from the need of developing an institution that would bring beekeepers together, in order to expand and improve honey production in Portugal.
Starting with only five beekeepers, today it includes more or less four hundred associated partners, from which a quarter are small producers from Lousã.  Lousamel has truly evolved until now, being able to produce thirty five tons of honey per year, and from that amount fifteen tons are from producers in the area of Lousã. With only one harvest during the year, since the blossom is less persistent than in hotter areas  of the country, the annual turnover is of 220000 euros.

Due to the existence of a honey flora in the area, Lousamel is a Protected Designation of Origin (PDO) which covers agricultural products and foodstuffs which are produced, processed and prepared in a specific area that uses recognised know-how. One of the advantages of this program is that it makes the honey unique and consumers can have a more specific knowledge about the products. This obliges the honey, produced by Lousamel, to follow several rules related to the manufacturing, extraction, packing and conservation conditions.

The Honey from Serra da Lousã PDO is obtained by Apis Mellifera Ibérica, the most common honeybee in Europe. This honey is an amber or dark honey, almost black and characterized by its high viscosity, with an intense taste due to the nectar of the heather (Erica sp.). The humidity is inferior to 20% and the percentage of sucrose in inferior to 5%. Besides honey, they also sell polen and the necessary equipment for the harvesting of it.

Although the investments in honey producing are still smaller than they could be, it is an increasingly sought product and bees are the key point of all production. Honeybees are responsible for 90% of the pollination and, as Einstein said: “If the bee disappeared off the surface of the globe then man would only have four years of life left. No more bees, no more pollination, no more plants, no more animals, no more man.”, and it is a known fact that bee population is decresingly rapidly, worldwide. Greenpeace gives examples of scientifically based term actions to help reverse the decline of global pollinators. Even if ideal and hard to put into practice, they suggest: avoiding harm to pollinators, through eliminating exposure to potentially harmful substances,  and promoting pollinator health, through changing other practices within existing ecosystems.

According to Ana Sansano, an engineer working in Lousamel, “Bees are highly likely to be in the basis of everything.”, and exploring honey production might be a major sector in the future. Lousamel is already making progress in the field, being one of the major producers and honey sellers, in Portugal.