Planet Earth or Water Planet? It is known that 71% of our planet’s surface is covered by the Oceans and these are the habitat of more than 2 million species. However, the Oceans are changing. Instead of biomass at the surface of the Great Pacific Garbage Patch, we now find 180 more plastic1. 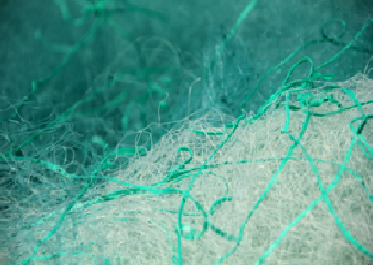 Marine litter is defined as “any persistent, manufactured or processed solid material discarded, disposed of or abandoned in the marine or coastal environment” (Galgani et al, 2010). It is a fact that the amount of litter in the marine environment is recognized to be significant and growing (European Commission, 2013a; UNEP, 2009; United Nations General Assembly, 2012) and a substantial part of marine pollution comes from land-based activities and reaches the ocean, either by deliberate discarding or from run-off through rivers and drains. Some examples include oil spills, use of fertilizers, sewage disposal and the alarming amounts of solid waste. Lost and abandoned fishing gear is also an extremely problematic form of marine debris.

Solid waste includes a wide variety of objects that result from our daily routines. People are now becoming more and more mindful of plastic garbage specifically, mainly because is one that they can easily see in beaches and coastal habitats.

According to UNEP, Portugal alone had 10,000 o 250,000 tons of mismanaged plastic waste into the Ocean in 2015, which is nothing when compared to the biggest plastic polluter that had above 5 million tons, this being China.

In 2016, Quercus, a Portuguese NGO, reported more than 750,000 objects floating in the Portuguese EEZ, not counting with the garbage deposited at the bottom of the sea.

Plastic waste in seas results in negative ecological, health, social and economic impacts, such as the entanglement of protected marine species. These problems are ingrained deficient solid waste management practices, dearth of infrastructures and indiscriminate human activities or demeanors, disregarding or unknowing the consequences of their actions.

When it comes to plastics in particular, marine organisms are likely to encounter litter items. The result of these encounters include ingestion, intertwine, alteration and damage of benthic habitats, and the transport of invasive species.

All species of marine turtles, approximately 3 in 7 cetaceans, 4 in 9 seabird species and many species of fish have been reported to ingest marine litter. Ingestion of plastic can cause choking, obstruction of the gastrointestinal tract, causing starvation and nutrient deficits, internal injuries, infection and chemical contamination, causing death or reproductive failure in some cases.

Moreover, according to a report of The Institute for European Environmental Policy (IEEP) commissioned by the NGO Seas at Risk, “Harm and death from entanglement in litter items is more direct and obvious than from ingestion, and is more frequently reported.”.

In fact, even the aquaculture industry can be affected, having been reported cases of entangled propellers and blocked intake pipes.

Despite the drab and unpleasant scenario, people all around the word join efforts so to diminish the consequences of plastic waste in seas. And this can be done in several different ways, from raising awareness and changing attitudes, aiming to reduce the amount of plastic waste produced, working on a solution for the problem itself, instead of working on prevention, acting locally to impact globally or even intending to improve legislation at this level specifically. The examples of these actions are far from many and the outcome is extremely satisfying.

“A Plastic Ocean” is an award-winning documentary that aims to create a global movement to rethink the use of disposable plastics. It was produced by the Plastic Oceans Foundation US, which is a global charitable organization that aims to change the worlds’ attitude towards plastic. Their impact and goals are already being reached with their documentary, that has been screened in over 60 countries, on 6 continents over 400 times.

Project AWARE also empowers people to take action. It is a global movement of scuba divers that works to reduce underwater impacts of marine debris and also prevent trash from entering the ocean.

A significant percentage of plastic, that enters the Ocean every year, drifts into large systems of circulating ocean currents, also known as gyres. Once trapped in a gyre, the plastic will break down into micro plastics and become increasingly easier to mistake for food by sea life.

Bearing this in mind The Ocean Cleanup is developing a passive system, moving with the currents – just like the plastic – to catch it. System trials off the American west coast will start early 2018 and the first cleanup system deployment in the Great Pacific Garbage Patch is scheduled to take place in May 2018.

Their project has been awarded by The United Nations in 2015, and by Time as one of The 25 Best Inventions of 2015.

Also, The Institute for European Environmental Policy (IEEP) conducted a study commissioned by Seas at Risk to outline which existing parts of EU legislation could be revised or better applied to ensure a significant drop in marine litter. With this study it was possible to conclude that there are a number of seeming deficiencies, every so often related to application and enactment for the issue of marine litter.

Nevertheless, action also happens locally. Straw Patrol is an example of a Portuguese project that started acting in the region of Algarve, and is already reaching the entire country. Starting by taking heed on the use of straws, they have as a mission educating people and changing mindsets, by participating in several coastal cleanups and sharing useful data about plastic waste in seas.

To sum up there is a forlorn hope that there will be a reverse, or at least a decrease on the marine waste that enters our Oceans every year. One thing is for certain, the facts speak for themselves and urge us to take action, and fortunately there are so many different ways to do so.

1Pollutants in Plastics within the North Pacific Subtropical Gyre