Gaslighting – the danger for bats and for the world

The foundation EcoHealth Alliace and the Virology Institute of Wuhan have collected in recent years samples of thousands of bats from 15 Chinese provinces, cataloging and analysing them.The project “Predict”, which was ruled by the United States Agency for the International Development since 2009, has managed to identify more than 160 different coronavirus with potential to become pandemias, including a virus considered genetically the colsest to Covid-19.  This project is being accused by Trump’s administration saying that this international partnership is used to justify the existence of a theory for the intentional spread of the pandemia.

Since the spread of the SARS-CoV-2 pandemia, there have been many theories on the origin of the new coronavirus. Bats and the Chinese were considered guilty of propagating of the virus. The World Health Organisation (WHO) refers that the probable origin of the coronavirus where bats. As a consequence of this speculation, Donald John Trump, president of the United States of America, cut financial aid to the laboratory where the virus has been allegedly created. This lab, the Virology Institute of Wuhan, was funded by theformer president Barack Hussein Obama II in almost 3,7 million dollars, which is being used as a new conspiracy theory spread by several posts on social media by theelected representative of the United States of America, launching a wave of concern in public opinion. Immediately after, and taking obvious advantage of the situation, the cut of 200 million dollars on funding was announced. Thus, public opinion is led to believe that the funding was preverse and that his predecessor had obscure interests and some responsability on the pandemia.

According to the CNN, it is fact that the representative of the USA has become America’s gaslighter in chief, which means that he is the main responsible for the manipulation and distortion of reality in that country and the one who most influences the world’s stability. Gaslighting is the distortion of data by those who want to confuse those who listen to, read or receive that data, creating confusion and concern. Gaslighting, among other means, is a common feature of authoritarian governments, but it is also a new tendency as a more subtle way of homeland control, even in countries with implemented democracies. According to The Washington Post, during the first three years of his mandate, the president has said an average of 12 lies a day, many of which are repeated until exhaustion. According to the American newspaper, that maintains a real time count through the Fact Checker available on its website, president Trump has said a total of 19128 lies and biased statements until 29th may 2020.

Bats are know for being carriers of several viruses without evidencing any diseases and have also been identified as the hosts of two other coronavirus which have caused health issues in many countries: the SARS virus (Severe Acute Respiratory Syndrome) in 2002 and MERS-CoV (Middle Esst Respiratory Syndrome) in 2012. It was in the Chinese greater horseshoe bat (Rhinolophus ferrumequinum) that they have found a coronavirus that is 96% similar to SARS-CoV-2.

Consequences for the bats and for the future of the planet

Ricardo Rocha, a post-doctoral researcher from the University of Porto, works with bats and refers that humans may become afraid of the natural environment, which can affect its protection. According to this researcher, “the virus may have had origin in an animal other than the bat, which is viewed with extreme prejudice. In case it has had effectively origin in a bat, the species is not to be blamed.” Thepossibility of creating the virus in a lab, besides having already been discarded by the World Health Organisation, was also rejected by Doctor Ricardo, who is convinced that “it has appeared in a natural environment.”

Bats, immensely diabolised for the viruses they carry, does not deserve to be targeted with that prejudice. “No species, better, nothing should ever be diabolised”, according to Ricardo Rocha. Bats have been blamed by the narratives of many news agencies to the detriment of human accountability on the origin of the problem. Besides, the researcher has warned that bats are very important for the ecosystem and that “bats eat agricultural pests and contributes a lot for the economy”. 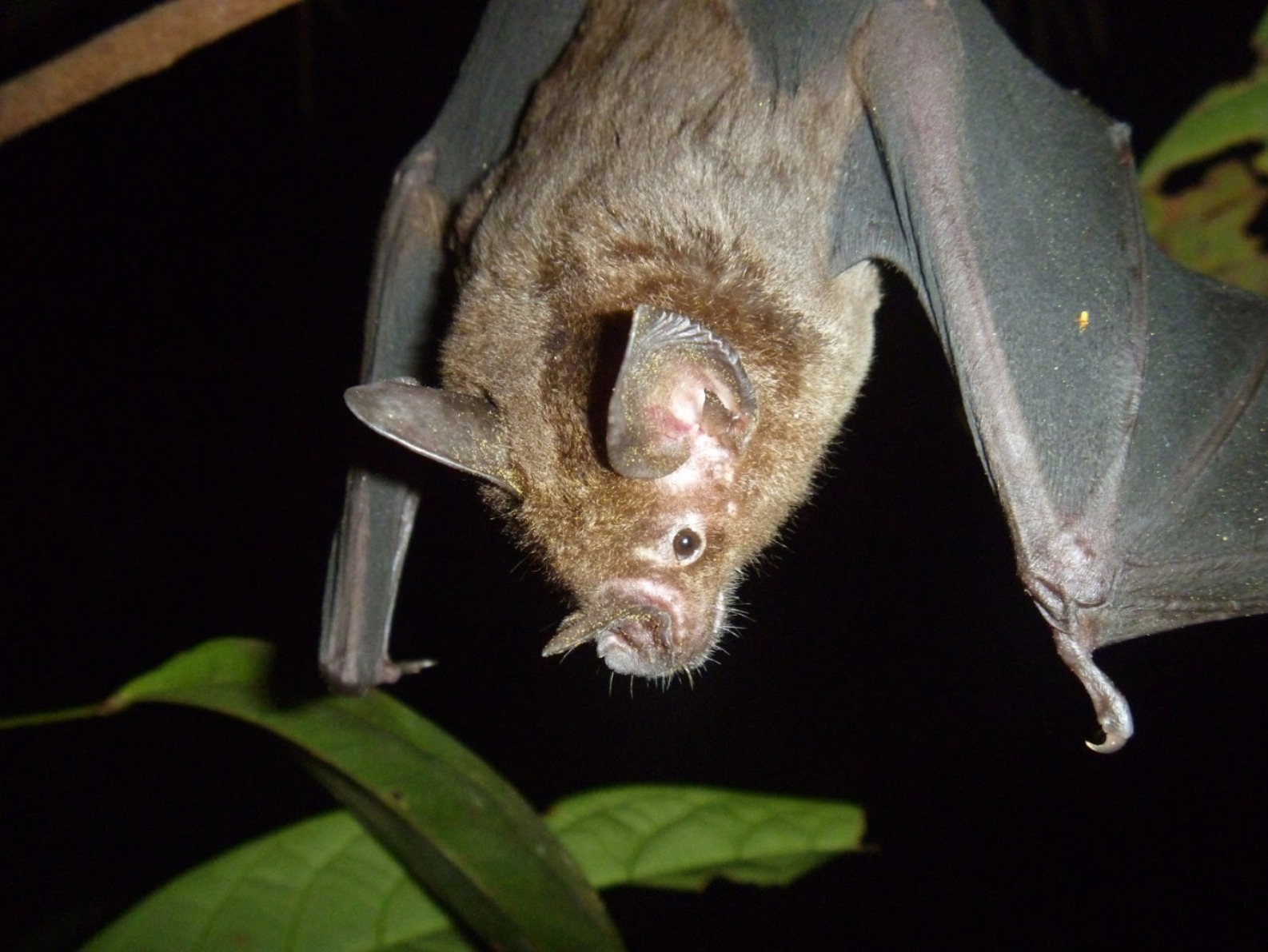 The other side of a bat / Photo by Ricardo Rocha

There is general consensus on the importance of deeply researching this type of virus on bats, but American fund cuts undermine not only the success of new discoveries but also the fight against new pandemias, which is an expectable cenario in a near future. The researcher of bats states that “in the end, bat is a species like any other, and we are intricately linked to them” and that “to me, it is very hard to say if humanity will take any lesson out of this situation, but i must say it will not because diseases are part of Nature and of the ecosystem. Nevertheless, we can try to maintain nature in its best possible state.” The psychological technique of control, Gaslighting, may have a great cost for societies and in this particular case for a species that is important for the biodiversity and environmental balance. It is important that policy makers are scrutinised and held accountable for the use of Gaslighting, as well as all citizens must be aware of information that may be omitted from some messages of the social media.