Barrancos – The Village of Tradition

Barrancos, a village located in South Portugal, lying on the border with Spain has proven itself as a truly exceptional village in every sense

Barrancos, a village located in South Portugal, lying on the border with Spain has proven itself as a truly exceptional village in every sense. Despite being the least populated village in the country, it is of essential importance to the cultural, historic and economic richness of Portugal. 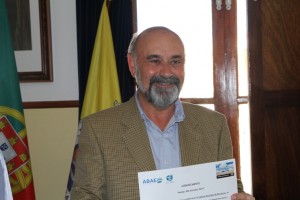 With a total area of 168.3 km and an overall population of 1,825 inhabitants, the village has gained popularity as the Capital of Ham for its production of high quality, richly flavored delicacy. António Pica Tereno, a former history teacher and the current President of the Municipality of Barrancos stated in an interview that the essence of the region lies within their proximity to Spain and turnout of historical events as a result of the choices of their ancestoMr. Tereno believes that the village owns its peculiarity to the mixture of Portuguese and Spanish territory. Their ancestors’ decision to shelter refugees from Spain during the Spanish Civil War, despite the restricting orders issued by the authorities in Lisbon, is another act of generosity for which they have gained not only recognition, but also an award. Hence, the geographical proximity along with the historical relation of Barrancos with Spain has resulted in the uniqueness of the municipality and its fascinating culture – an example of which would be the special local dialect “Barranquenho” and bullfighting tradition. Although bullfighting forms an essential tradition in all of Portugal, killing the bull on the arena as the ‘Grande finale’ of the performance has only been legally recognized in this village. The event begins on August, 28th and lasts for four days during which five bulls are killed. This certain detail makes up a big part of the feast as it is not only a form of preservation of the precise tradition passed on from one generation to another for centuries, but also a form of solidarity as the meat of the bull is then shared with the people present, who often add up to approximately 30,000 individuals from all regions of the Globe. “It is a form of community-preserving joyful tradition,” says the Mayor. However, Barrancos’ tradition is also of high economic importance to the entire country because “many people depend on this activity and live on rearing bulls.” In fact, the preservation of the tradition has led to the development of a new industry which is responsible for the growing of bulls and it is very likely that this species may disappear without it.    The village, however, is not only rich in tradition, but also in the opportunities and places of interest it has to offer. A walking tour in Barrancos includes visiting locations such as the local Eco-school, Miradouro Garden, Alto de S. Bento, the Main Square, where bullfighting occurs and the Museum of Archeology and Ethnography. Nevertheless, the council and citizens work tirelessly on making the village more sustainable and engaging as many people as possible in a healthier and more environmentally-friendly lifestyle through present and future projects, such as the refurbishment of the Castelo de Noudar with the purpose of attracting more tourists and consequently collecting more funds that can be used on other environmental projects, such as the co-operation mission with Spain in an attempt to decrease water pollution in the mutual water resources or the development of a Nature Park. Despite its relatively small size, Barrancos has extensive potential, natural resources and undeniably seductive sceneries to offer. The village is continuously trying to widen partnership, encourage tourism and engage communities allowing them the chance to develop a bond with nature, whilst simultaneously agitating funds for more future projects.