50 Shades of Sustainability: Game of Cars

Cars are one of the biggest sources of pollution worldwide – electric cars are presented as a solution. There are many factors you should consider before making the decision of whether to opt for an electric vehicle (EV) or an internal combustion engine vehicle (ICEV). We’ll be going through the pros and cons, questioning whether EVs are, indeed, more sustainable than ICEVs, and if the population is willing to change to a greener option of vehicles. 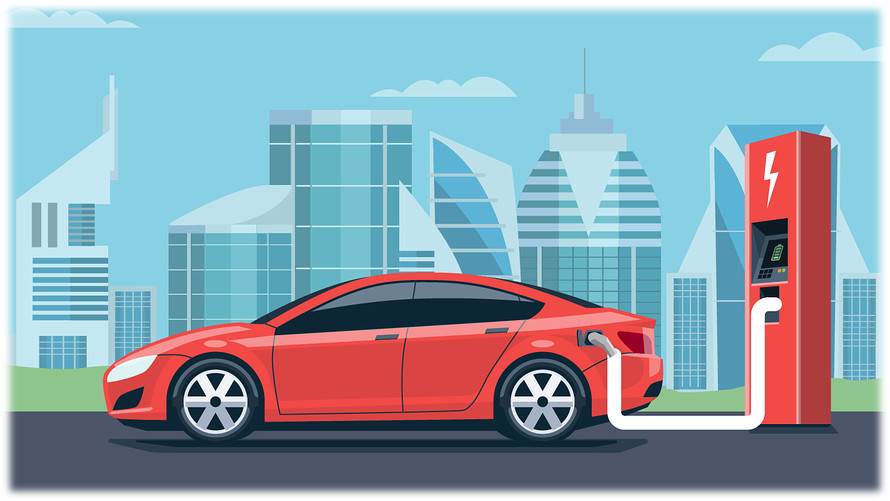 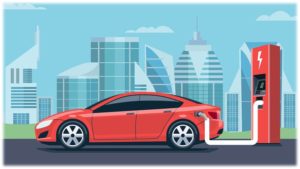 Several international agencies (1) defend that road transport continues to be one of the largest sources of air pollutants, mostly arising from fuel combustion.   Passenger vehicles are a major pollution contributor, producing significant amounts of nitrogen oxides, carbon monoxide and other pollutants.

Can electric vehicles be the solution?

Pollution: Why are electric vehicles better for the environment?

During its lifetime, a normal car produces about 24 tons of carbon dioxide, while an EV only about 18 tons.

Yet the EV production process  is, still,  more harmful to the environment than an ICEV, as the manufacture requires the emission of 150 to 200 kg of CO2 per kWh of battery capacity.

According to the European Environment Agency, when we compare Greenhouse Gas emissions throughout the car’s entire life span, EVs pollute less 17% to 30% than ICEVs. They do not do not  release GHGs through exhausting pipes and, regarding sound pollution, they are practically silent.

Charging your electric vehicle: Is the period for charging an EV too long?

Most EVs need around eight hours to fully charge. José Mendes, a member of the Portuguese Cabinet, said the government is giving financial incentives, which are supposed to build new and faster charging stations.

Matos Fernandes, the Portuguese Minister fro the Environment,  stated “Portugal is one of the worldwide leaders in the production of EVs’ charging posts.” He added  “we can confirm that Portugal has plans to lessen the time it takes to charge an electric car and its time management relies on  the driver”.

Are there enough charging stations in Portugal?

You may charge an EV at a public charging network, which can be found mostly at gas stations easily found through multiple apps or websites. Up to this date, there are around 1150 charging posts in Portugal, according to Electromaps.

You can also charge it at home,  the most convenient way, by using a car  adapter. These charging units are wired directly to the central metering unit, usually on its own circuit for safety measures.

There is a big setback  – the limited driving range. If you’d like to do a long travel, you might have to charge the car multiple times. This can cause what is described as “range anxiety”.

There have been some great technological advances. For the first time ever, an electrified road that recharges the batteries of EVs while driving has been opened in Sweden. This method is called “dynamic charging”. However, Portugal doesn’t seem to be ready to implement this new technology.

The price: Are EVs affordable?

Over the years, the popularity of EVs has been increasing. Typically, EVs are pricier compared to ICEs vehicles however, more affordable models of EVs have started to appear. In Portugal, five of the most sold cheaper models are between 22.000 and 40.000€, which is not too expensive.

Speed: Which one is faster?

Unfortunately, there isn’t a lot of research available as it would be unfair to make comparisons between different cars. The speed depends on the brand, model and so many other factors that it’s hard to judge.

However, when stepping on the accelerator of an EV, the energy is immediately transferred to the wheels, without any kind of waste. Sometimes it may even feel as a sports car. Moreover, according to the Portuguese online paper O Observador (2), an innovative tyre prototype has been created by Goodyear Tire & Rubber Company, able to recharge the car batteries by  using the movement and the energy generated by the car circulation.

Is the Portuguese government promoting EVs?

António Costa, the prime-minister, clarified the Government point of view. “Firstly, preserve public transportation. Secondly, make them less carbonized (…)“, he stated, “We are not just focusing on the private transportation vehicles” . Costa uses an electric car himself to set a good example.

With the ongoing evolution on the electric automotive sector in Portugal, the consumer  looking to purchase an EV  faces some advantage by making this decision. More specifically, if you buy a car that is 100% electric you are automatically exempted of the payment of the circulation tax (IUC). Likewise, in the time of the purchase, the vehicle tax (ISV) is not charged.

“The government is playing their role  helping the citizens with 3 000€ on the acquisition of EVs. ” José Mendes explained, “However, help will only be given if the vehicle has a maximum price of 62.500€. Any car that surpasses that limit will not receive any type of support from the government.”

Is the population ready to opt for electric cars?

Regarding the price,  electric vehicles were considered too expensive (74%) although,if the opportunity to obtain one was given, the majority (84%) would accept it. Just like adults, most teens do not consider electric cars affordable (73%) even though 81%  would opt for one too.

Just a small percentage (adults – 37%; Teens – 44%) believe that the Portuguese authorities are effectively  promoting electric vehicles. Furthermore, although the majority agreed EVs are better for the environment and pointed out the silent driving as a positive factor, the high price (considered not affordable) and the charging time were named by the majority as negative factors and obstacle to allow them opt for electric cars. 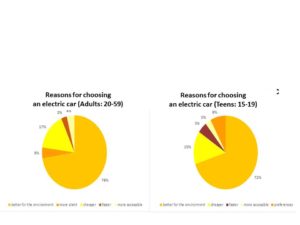 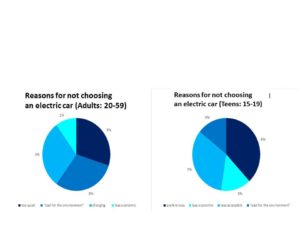 Based on the the evidences portrayed above and despite agreeing  the focus must not be just on private transportation and the price and charging availability can represents constraints, looking at the bigger picture, switching to EVs  reduces gas emissions long time. minimizing the negative impact both on the environment and on people’s health.

Don’t forget, this planet is yours to change.

Earth may not survive because of us, and you surely won’t survive without it.

When you play the game of cars, you save the planet or you die.